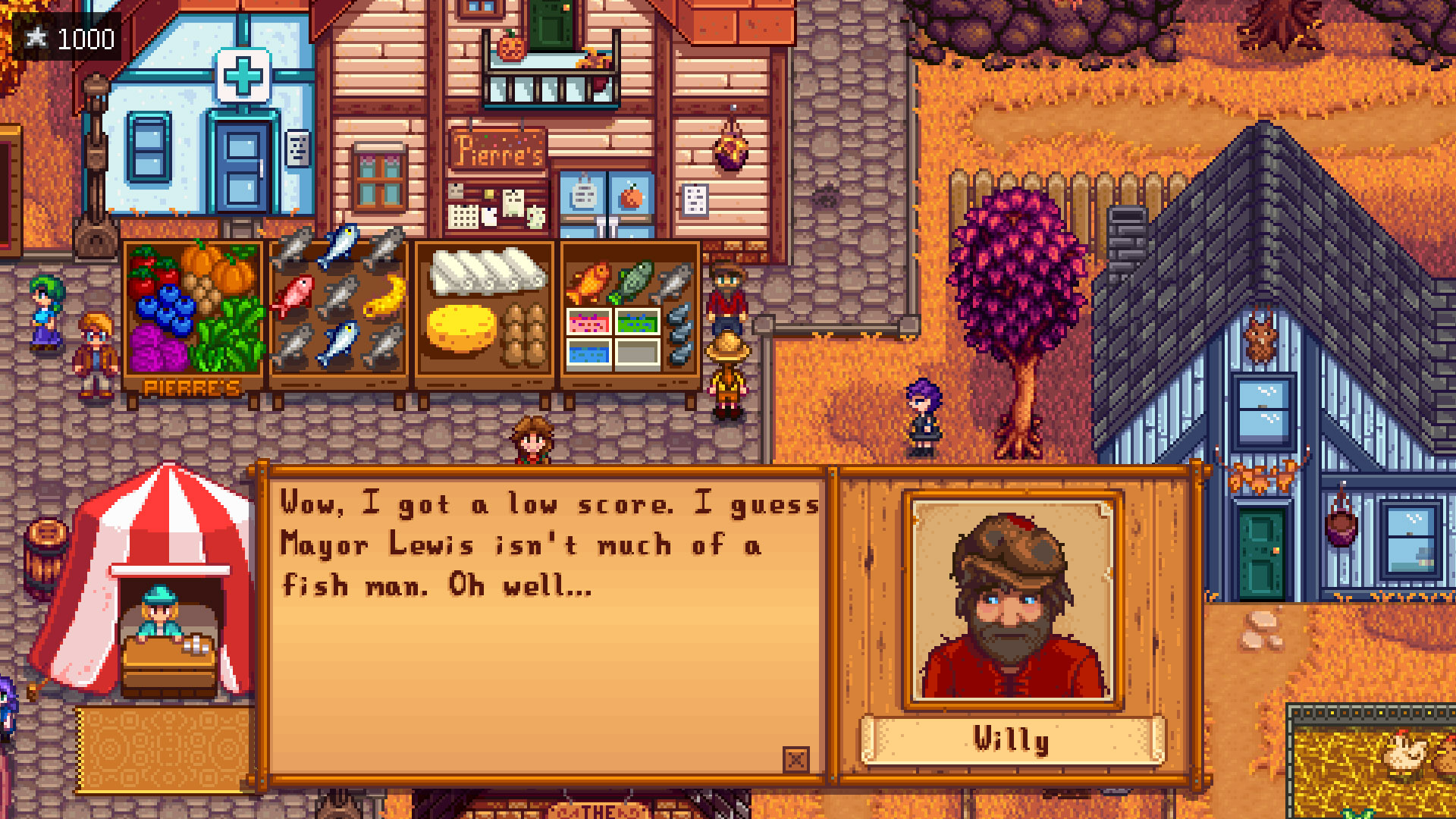 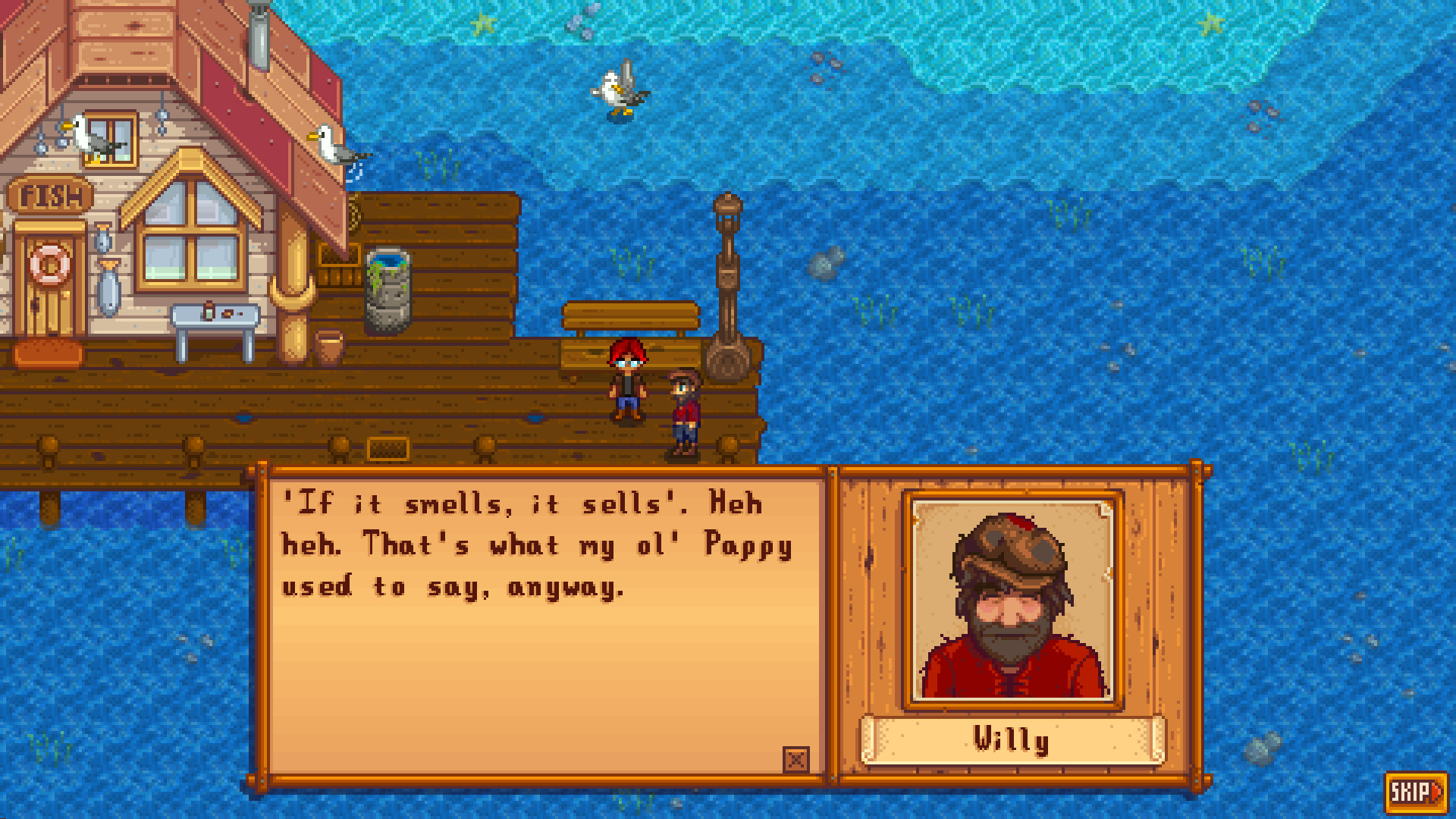 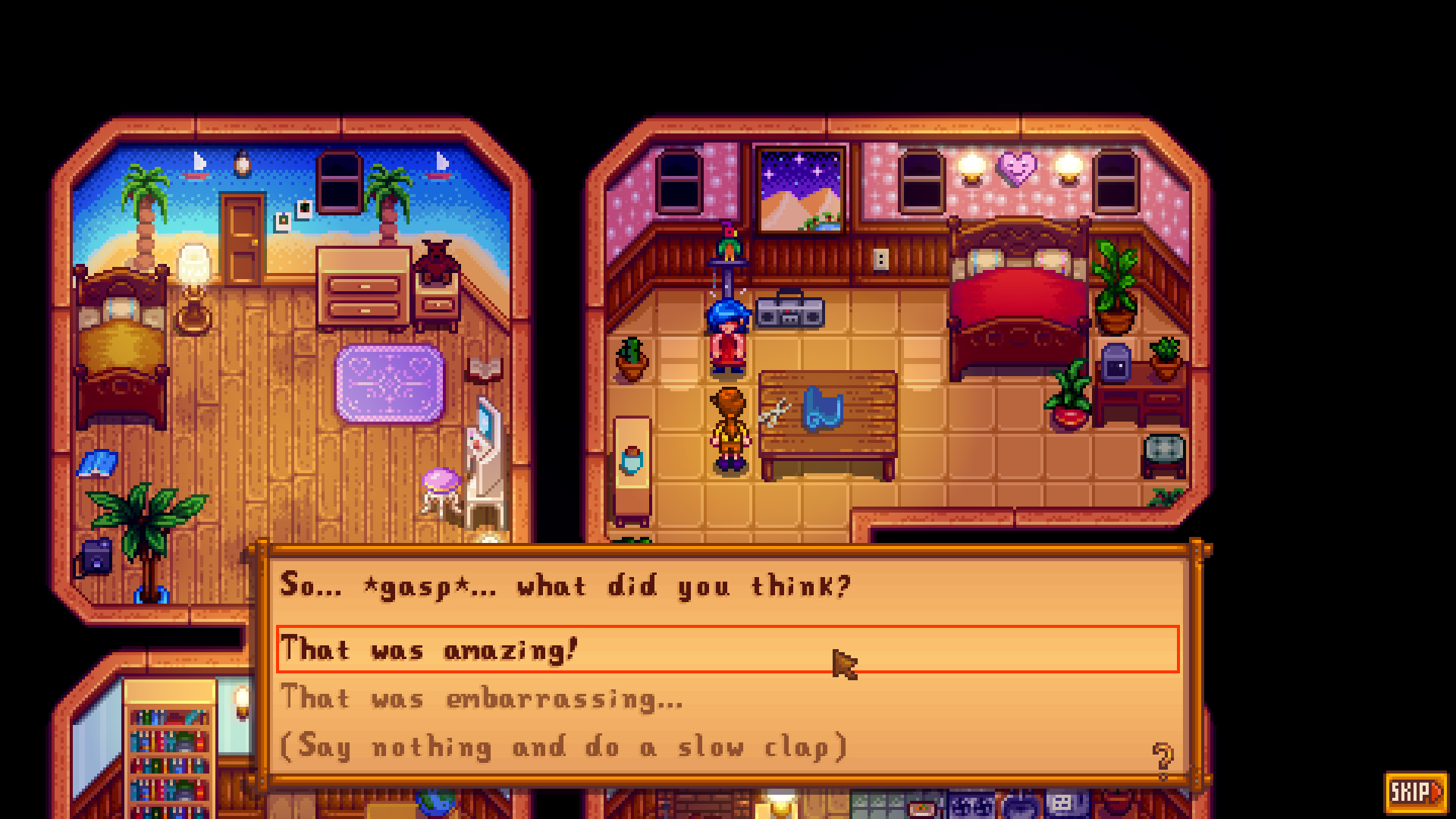 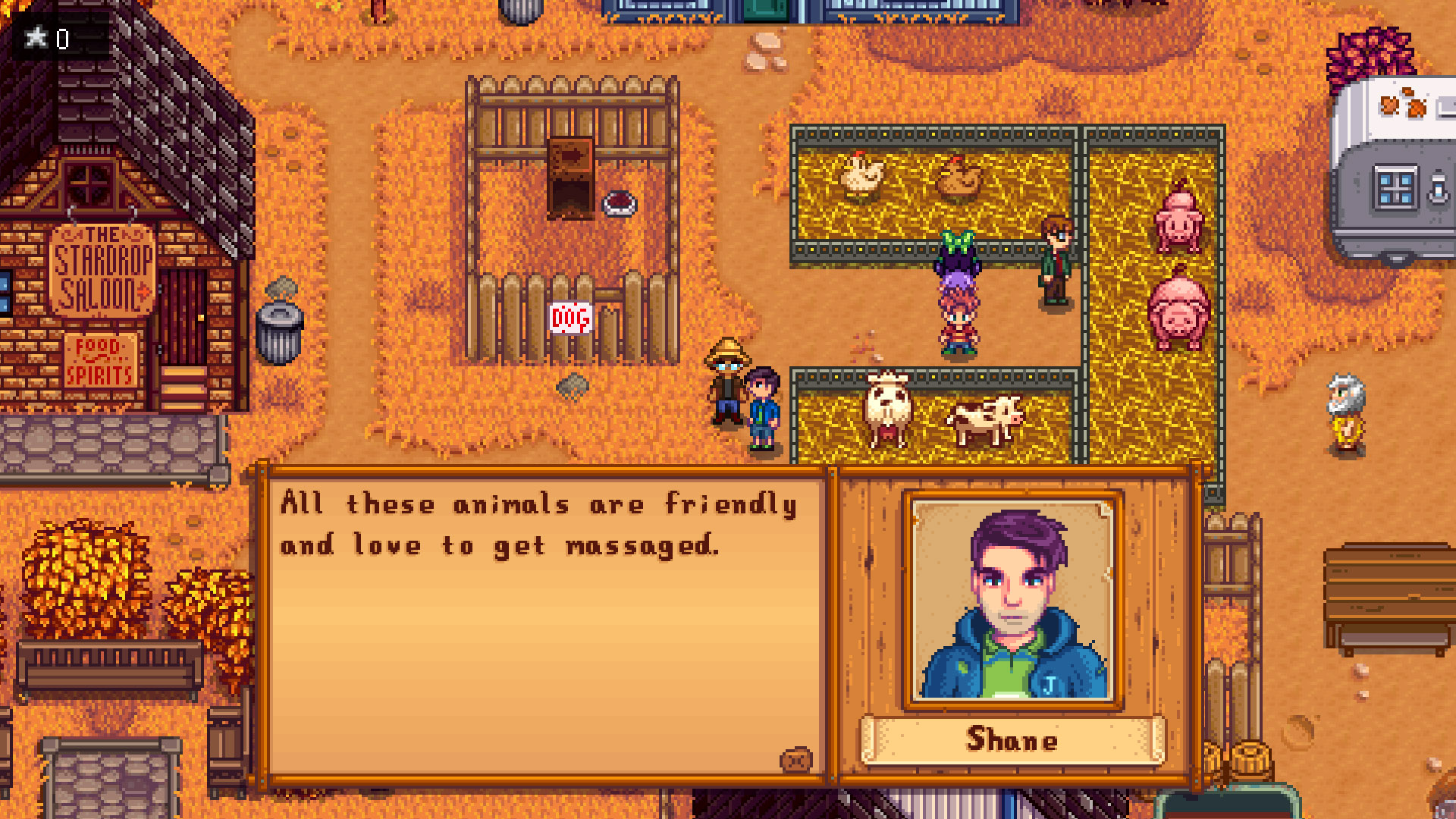 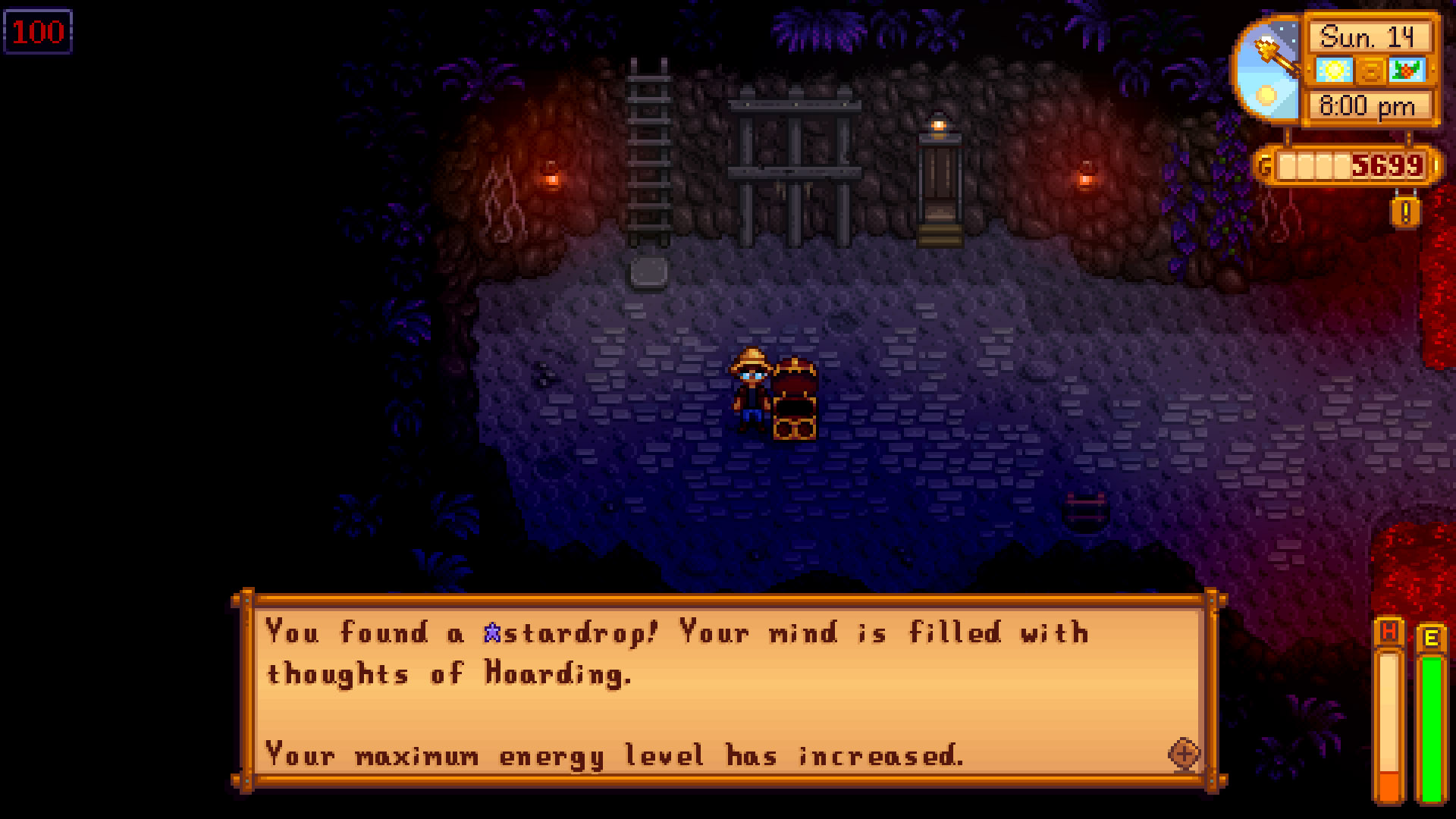 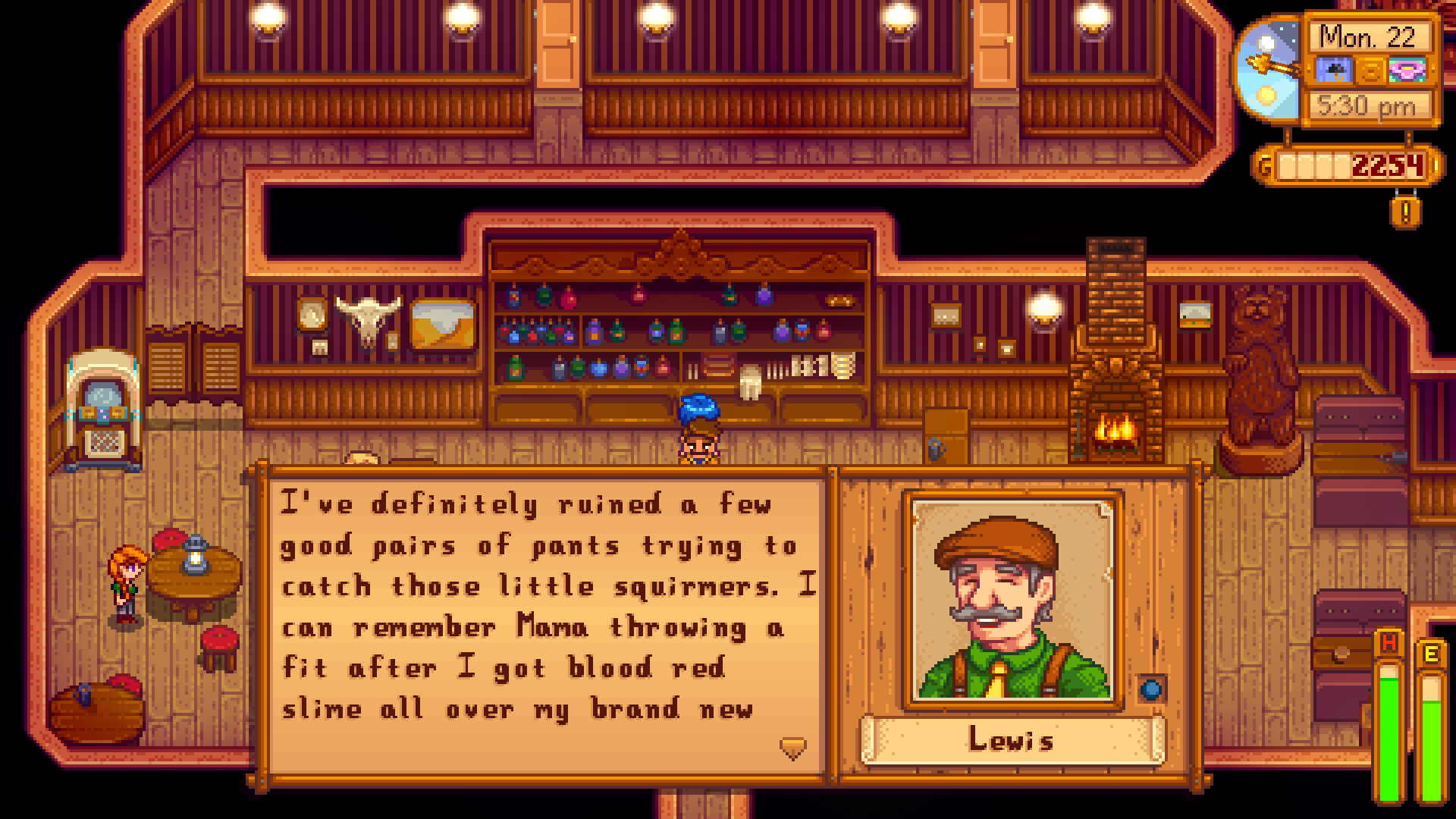 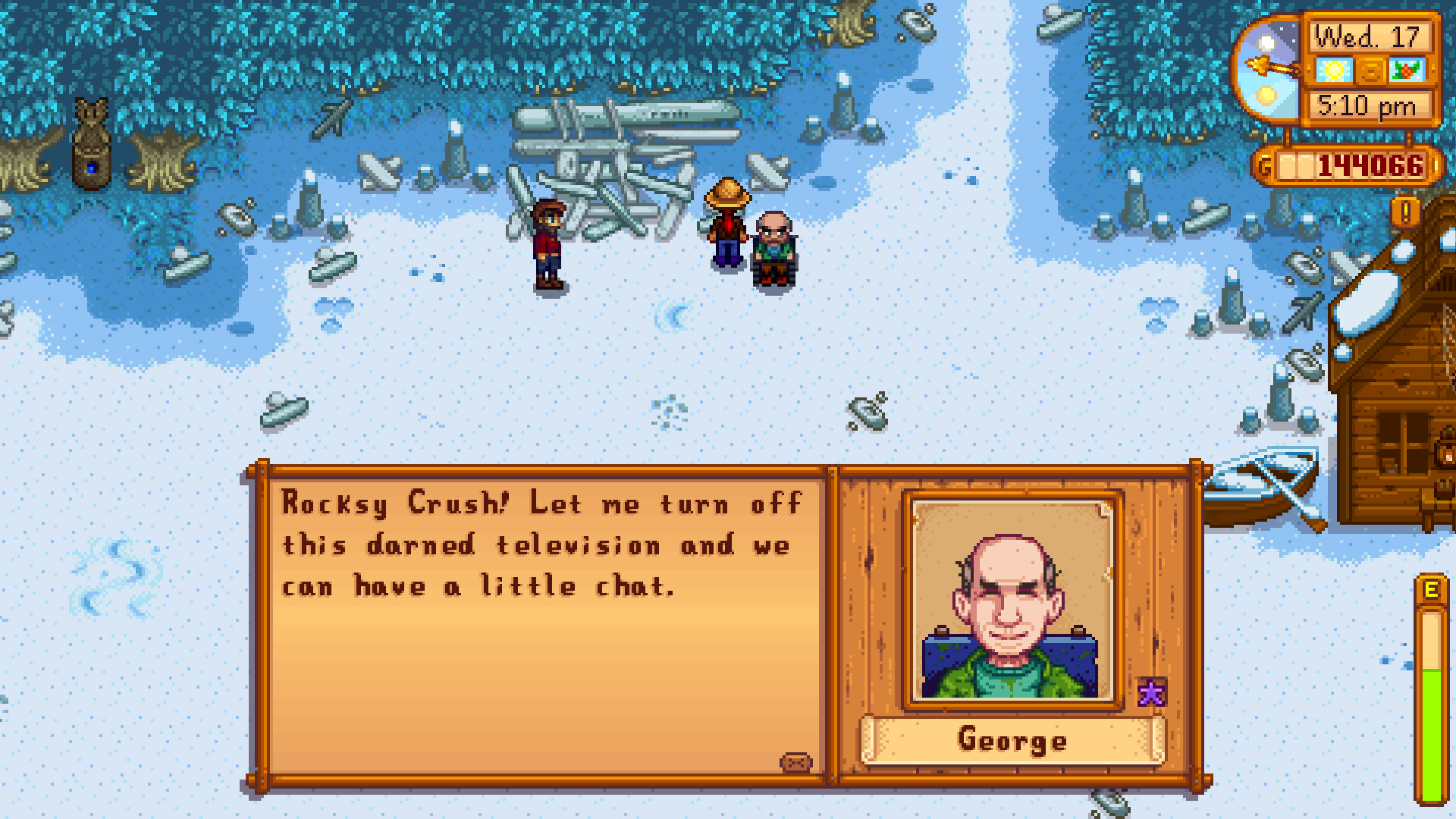 Stardew Valley is at its core a farming game where you receive a parcel of land on which to build, grow crops and raise livestock. Secondary you can also interact and befriend the villagers of Pelican town. If you don’t like farming then alternatively there is also fishing, foraging, mining and monster hunting, although farming is by far the most lucrative.

Games like this can get me hooked pretty easy and I’ve spend over 348 hours on four+ characters. Playing more than two characters is probably a bit much.. it’s basically playing the same game over and over.. During the fourth play-though it did begin to feel like I was following a ToDo list. My latest character started on the ‘new’ (1.5) beach map and she’ll probably become my ‘main’ as I really enjoy that map.

I’m currently still playing this game so I might change or add to this page in the near future.

With the latest 1.5 patch also came a new farm layout; the beach farm, which seemed like the perfect map for lots of fishing ponds! At first glance the beach map looks very limited in space but it’s been my most profitable farm so far! Beach Bunny is my little ocean princess :D

This is a character I might focus more on in the future.. Namira was created to be a “malicious” character, something I’m not usually good at.. being mean just makes me feel really bad T_T even to NPC’s. But because a part of me always wonders what would happen if you choose the ‘bad’ answers in conversation I’ll be using this character to find out. There are a few rules involved though..

I seriously love her name! Everyone calling me ‘Honey Bun’, which is a term of endearment just makes my day. For her I chose the Hill-top farm. This farm is very playful in its design and has a bit of everything. She’s pretty much finished all quests up to the 1.5 patch except for the ‘Reach level 100 of the Skull Cavern’ quest.

This was the first character that got to the second year. She’s completed the Community Center, got the Skull Key and the second house upgrade.. but.. I became annoyed with her. After a while I didn’t like her name, the forest map wasn’t great, she didn’t get the ‘Special Charm’ and that the children’s room couldn’t be modified (which thankfully can since the 1.5 update).